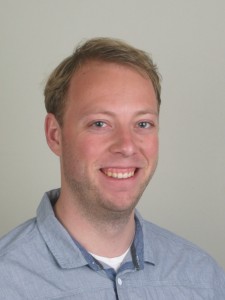 Arnaud van Harmelen is a research assistant at Alboran Energy Strategy Consultants. His project work consists of the conversion of existing analytical equations into Matlab code. This code has been used for plotting streamlines of sink and source flows. The streamlines were plotted for both steady state and time dependent flows.

Important applications are the closure profiles of wellbores and time series of salt creep. Movies of the time series were generated and a description of the Matlab code was produced. The work done is relevant for petroleum industry. Arnaud’s contributions lead to inclusion in a scientific article under review for publication in a peer-reviewed journal.

Arnaud earned a BSc degree in Applied Mathematics and is currently pursuing his MSc degree, with a specialization in Risk and Environmental Modeling. His interest in oil and gas related issues, motivated him to start an internship at Alboran (during the second half of 2013) to contribute to the development of an analytical reservoir simulator.

Get all energy news from Alboran straight in your inbox or connect to us on Twitter and LinkedIn.